He was tall, handsome, and raised in a religious house. As a youth he worked in his father’s grocery store. He was a star athlete at Farmersville high school in Denton, a Texas state record holder in the hurdles. He pledged Pi Kappa Alpha at UNT. And if he hadn’t hitchhiked down Sunset Blvd. in the summer of 1968, he might never have met Charlie Manson. His name is Charles “Tex” Watson, and 50 years ago today, he began a mission of murder called “Helter Skelter.”

Most people think that Charlie Manson committed these murders. He didn’t. He wasn’t even there. He was undoubtedly the author, the driving force, and “Helter Skelter” was his racially-charged, demented brainchild. But Tex Watson and others did Manson’s bidding for him.

In the dead of night on August 8, 1969, Tex and 3 female Manson Family members murdered 5 people: Sharon Tate, Jay Sebring, Wojciech Frykowski, Abigail Folger and Steven Parent. The next night, Watson and 2 female Manson Family members killed 2 more: Leno and Rosemary LaBianca. The details of the crime were stomach-churningly horrific: the words “Rise,” “Death to Pigs” and “Helter Skelter” smeared in the victim’s blood on the walls; a rope hung over a living room beam tied the necks of bloodied Jay Sebring and bikini clad movie star Sharon Tate, 8 months pregnant with her first child at the time; the word “War” carved in Mr. LaBianca’s belly next to the foot-long, mulit-tonged silver fork protruding from his stomach. Known as the “Tate-LaBianca” murders, the crime sent shockwaves through the city and the country. The cases took months to solve, and the trials that followed over the course of the next few years garnered national attention largely because of the crimes and participants themselves, and to a lesser extent because of the atmosphere at the courthouse.

As the 70’s turned into the 80’s, and the 1900’s into the 2000’s, Charlie Manson, Tex Watson and others in the Manson family were tried and convicted for their crimes. From the time Prosecutor Stephen Kay joined the prosecution team during Charlie Manson’s trial in 1970 until he retired a few years ago, he tried other members of the Family, attended their parole hearings, and did everything he could to make sure they would not go free.

As for Tex Watson’s story in particular, I became interested after a friend told me a little about Watson’s ties to North Texas. I began researching the case, collecting transcripts and news accounts of Tex’s trial for Season 1 of my podcast called, “A Murderous Design.” The 5-episode series on Tex’s trial is called “Tex and Charlie.” You can listen all about the crime, the investigation, Tex’s Life, and the trial itself by clicking the links to the podcast below.

Episode 5, however, is my personal favorite because I got to interview Stephen Kay.

I read about Mr. Kay in some of the articles concerning Tex’s most recent parole hearing – like this one written by Matt Hamilton in the LA Times – and decided to track him down. I got a number for him and called him out of the blue. He graciously returned the call, and told me all about his role in the case throughout the years, his career, and some other behind the scenes details I found to be fascinating. Take a listen, and perhaps you’ll agree.

You can also watch footage from Tex’s 1984 Parole hearing, including statements from Tex himself, Mr. Kay’s interview, and comments from Sharon Tate’s father. Take a look at Mr. Kay’s interview on CourtTV from the early 90’s, or his interview from this week where he says the Parole Board should, “keep them locked up forever.” For further background reading on the Manson family, you can find a wealth of information here from the Associated Press, including this interview from journalist Linda Deutsch who attended the trials. The website CieloDrive.com also has a number of interesting pictures, documents and video.

A Note about the Podcast, and Links to the other cases. Season 2 will be released on Halloween, 2019. Stay tuned. Here are the 3 case studies from Season 1 of “A Murderous Design.” 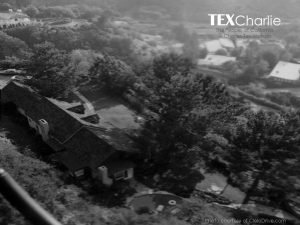 Episode 1: The City of Angels was about to meet the Devil and his followers.
Episode 2: Who is Charles “Tex” Watson? From Denton to Spahn Ranch.
Episode 3: Tex’s Trial and the Defense of Insanity.
Episode 4: Tex Testifies in his own Defense.
Episode 5: Stephen Kay Interview. (Photo Courtesy of CieloDrive.com) 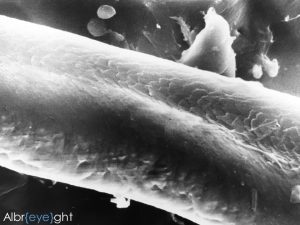 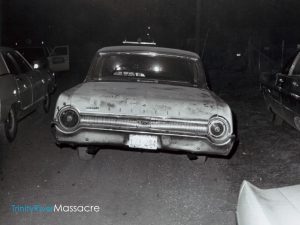 As always, any and all questions or comments are welcome!